The attraction of NFTs has caused millennials to gravitate toward blockchain-based games. One of the most essential motivating reasons for players of these Play-to-earn games or simply P2E games is the potential for earning NFTs while participating in gameplay.

NFT games, which are usually based on NFTs, include qualities of conventional and unconventional gaming systems. Play-to-earn NFT games enable players to make money while they play. Players are awarded with tokens in these types of games, and they get more tokens by spending more time playing these games. But before you can start earning money, the majority of these games involve an initial investment that you must first repay.

Most popular P2E games include Axie Infinity , Gods Unchained, Alien Worlds, Dogami, Illuvium and many more! The highest-priced Axie ever sold was for $820,000, according to the Axie Infinity website. 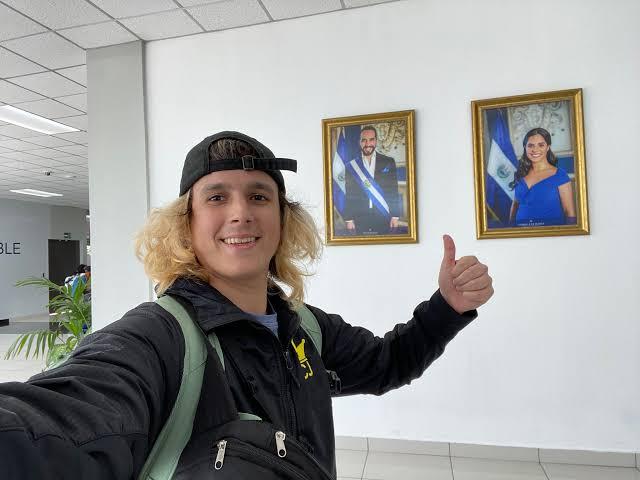 Jan Bodden, a.k.a. Cagyjan has over 70k subscribers on YouTube and 100k followers on Twitter. He was born on the tiny Caribbean island of the Dominican Republic. South Florida is where he currently resides. He left his work to follow his dream of building a gaming community and becoming a broadcaster. Cagyjan mostly creates YouTube videos on play-throughs of the most popular Play-to_earn games, but from time to time he also shares his views on best NFT games by reviewing them. He is one of the most popular macro influencers of the NFT gaming community. The Winners Club is a gaming community that can be found on Twitch, Dtube, and Youtube formed by Cagyjan.”Its mission is to inspire everyone to discover their life’s passion and to pursue it no matter what ” says Cagyjan.  One of the famous gaming influencers.

Jake, a 26-year-old outstanding player who enjoys science fiction, finance, gaming, and cryptocurrency, is the host of On Chain Gaming channel on YouTube. There are more than 130k subscribers to this popular YouTube channel. It is very well-known in the crypto and NFT industries, as well as among groups in the metaverse. Jake also wishes to teach everyone about blockchain technology. His channel has tonnes of videos on cryptocurrencies, investments, gaming, and more. He particularly likes the “genuine” ownership that NFTs provide. That’s why he is one of the gaming influencers.

” I typically love play-to-earn NFT games, so you probably will see more of these kind of contents in my YouTube Channel. I am a Play-to-Earn gamer too, so expect an opinionated video on some contents when I see games ” says Jake on his YouTube Channel description.

Satoshi Aoki is one of the micro influencers with only somewhat 10,000 followers or subscribers. Because of his small but close-knit audience, Satoshi Aoki can be an excellent influencer to collaborate with. For those who want to keep up with the greatest and most recent blockchain gaming and NFT news and projects, he is the person to follow. Satoshi Aoki also publishes lifestyle vlogs outlining his decision to use bitcoin and other cryptocurrencies as a form of payment. He is a master in his industry and might be able to convince your target market to play your game.

Satoshi Aoki is also willing to grant his fans ownership of his digital property and keeps experimenting with NFTs. He can increase interest in any blockchain game within his network, boosting your traffic and revenue. He is another gaming influencers.

Elliot Wainman, a.k.a EllioTrades Crypto wh9 also co-founded an NFT platform called SuperFarm. He is one of the most informative NFT channels on YouTube. He offers informative videos about Bitcoin, Non-Fungible Tokens, Ethereum and DeFi, as well as live interviews with some of the most well-known figures in the cryptocurrency industry. Since January 4, 2018, he has been active on YouTube, and as of the time of this writing, he has about 580K subscribers. Till date he has a total of 4,43,35,958 views. He is also the CEO and creator of SuperFarm which is a platform that enables users to launch and build NFTs with little to no coding. The Bored Ape Yacht Club, whose floor price is currently 48 ETH, or 200,000 USD, is the company in which Elliott invested. He is currently one of the most significant and well-established influencers of the NFT gaming community. You tube’s one of the famous gaming influencers.

According to his LinkedIn profile, from September 2006 to June 2008, he worked at Kennedy Wilson as an intern. From May 2009 to September 2009, he worked at Fonda and Fraser LLC as a file clerk. From March 2013 until March 2014, he also served as Curriculum and Content Coordinator at Tictoklabs Inc. Then, from May 2014 until August 2016, he served as Tictoklabs Inc.’s Lead Product Designer. He currently serves as the show’s founder and host.

Randy, a.k.a Nosebleed is one of the most popular macro influencers of the NFT gaming community. Randy is the ambassador of Nyan Heroes, which is based on the Solana network. Randy is also the Head of Content at MetaGoons, a cutting-edge metaverse ecosystem and development platform. He has been on YouTube since May 16, 2021 and as of the time of this writing, has approximately 30K subscribers and 18,28,970 total views. He mostly concentrates on Clash Mini and Axie Infinity from Supercell.

The cryptocurrency sector has given Randy a lot of exposure. He would therefore be a successful NFT influencer with whom to work and promote your next NFT game.

“The blockchain / NFT gaming industry is the future and I want to be the bus when it goes mainstream. However I truly believe that mobile games will onboard the next wave of mobile gamers ” says Randy on his YouTube Channel description. Randy creates YouTube videos on tips, tutorials and guides for beginners. Most of his videos are also based on NFT gaming, Play-to-earn, blockchain based gaming, mobile gaming especially focusing on supercell’s clash mini and Axie Infinity. Randy wants to teach others who are interested in Web3, and one way he does this is by distributing educational videos.

The NFT Community Is Booming – Here Are The Top Communities To Join!

ALL REGARDING NFT WHITELIST