Past, Present & Future of NFTs

With the record-breaking sale of Beeple’s Everydays : the First 5000 Days NFT by Christie’s for $69 million in 2021, a brand-new category of artwork and investments entered the global marketplace.

Even though 2021 was called the “year of the NFT,” they weren’t really created in that year; NFTs have been around for a lot longer than that. In order to better understand NFTs and determine precisely what they stand for, it is useful to learn more about the history of non-fungible tokens and the factors that led to their trending and obtaining the amount of awareness they get now.

But first,  Let us Know, What are NFTs ?

Any virtual asset such as digital art and property can be represented by NFTs (non-fungible tokens). In the realm of digital assets, proving rights has frequently proven difficult, but with the advent of NFTs, doing so has become secure and simpler.
NFTs are referred to be Non-Fungible since each one is distinct and possesses its own worth, unlike bitcoin or dollars.

Now, Let us know about the evolution of NFTs  with timeline of events.

A family of techniques known as “coloured coins” is used to represent and control tangible assets on a blockchain in order to demonstrate ownership of such assets. They resemble regular Bitcoins but differ from them by having a separate “token” part that identifies their intended usage. Due to Bitcoin’s limitations, the Colored Coins idea was never put into practice, but it did serve as a springboard for the experiments that finally resulted in the creation of NFTs.

The first-known NFT “Quantum” was created on the Namecoin blockchain by digital artist Kevin McCoy on May 3, 2014. The digital image “Quantum” is of a pixelated octagon that pulsates and changes colour hypnotically. It was the First Nft ever created.

After these occurrences, a sizable amount of testing and development took place, and platforms were created using the Bitcoin blockchain. The initial era of the Ethereum blockchain’s dominance over NFTs also began.

The large movement of NFTs to the Ethereum blockchain was prompted by the realization that the Bitcoin blockchain was never intended to act as a database for tokens signifying asset ownership.

The advent of a collection of token standards, which permitted developers to create tokens, supported the significant transition of NFTs to Ethereum. The token standard, a subset of the smart contract standard, was added to guide developers in creating, issuing, and deploying new tokens in accordance with the fundamental blockchain technology.

Following the popularity of the Rare Pepes, two software developers named John Watkinson and Matt Hall created their own dynamic series of NFTs on the Ethereum blockchain under the name of CryptoPunks. They were among the first NFTs to be developed and initially made available for free. London punk culture and the cyberpunk movement served as inspiration for the experimental project, which was produced in a limited edition of 10,000 pieces and featured unique characters.

CryptoKitties, commonly regarded as the second NFT game ever produced, was released after Etheria. A significant amount of attention in NFTs was generated by CryptoKitties in the media. Structured on the Ethereum blockchain, the virtual game CryptoKitties lets users acquire, raise, and sell digital cats while holding them in their cryptocurrency wallets. It didn’t take long for the game to go viral after it’s release and become so well-liked that it swamped the Ethereum network and users started to gain. After the enormous popularity of CryptoKitties, NFT games really started to take off and advance, with even more people being aware of it.

The NFT gaming and metaverse projects were in the forefront, and Decentraland (MANA), a decentralised virtual reality platform on the Ethereum blockchain, was the first to make headway in this field. In the open-world gaming environment known as Decentraland, players can explore, play games, build, gather items, and more. Everything they find, earn, and create there becomes theirs to keep on the blockchain. It didn’t take long for other platforms and games that used Enjin Coin (ENJ) to enter the market, enabling developers to tokenize their in-game objects on Ethereum and give them a real-world value. Axie Infinity (AXS), a game that is partly owned and run by its users, is a new blockchain-based trading and battle game that has also developed. 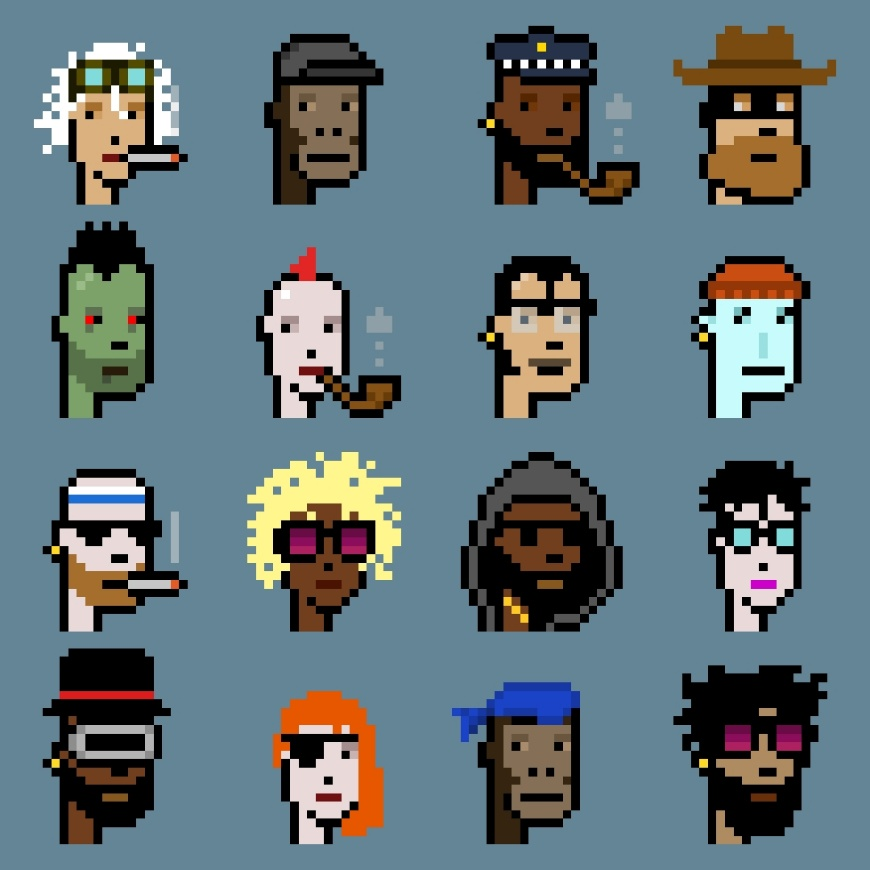 The year 2021 was declared to be the NFT’s year, as both production and demand for NFTs skyrocketed high. Among the main causes of this surge was the profound shifts in the art marketplace as well as the industry as a whole that happened when renowned auction houses, namely Christie’s and Sotheby’s, began to sell NFT work in addition to expanding their online auctions.

Beeple’s Everydays: the First 5000 Days NFT eventually sold for a record-breaking $69 million at Christie’s as a result. The NFT market was greatly validated by a sale this size by such a prominent auction site.

Another blow impact was other blockchains getting active and creating their own variants of NFTs, in addition to the spike in demand for NFTs that followed the renowned Christie’s auction. Those featured the blockchains Cardano, Solano, Tezos, and Flow. Some additional standards were developed with these more recent NFT platforms to guarantee the validity and originality of the digital contents produced.
After Facebook changed its name to Meta and entered the metaverse around the end of the year, there was a notable increase in demand for NFTs generally and within the metaverse in particular.

NFTs will be here to stay and they’ll play a significant role in the growth of the art market, despite certain reservations that have been expressed about them over the past several years. The art world has already seen significant changes in recent years,, as well as the pandemic’s effects have led to an even greater break from the established mode of operation.

Now since NFTs are a part of the mainstream market, they have countless possibilities and boundless potential, pushing beyond the age of innovation, experimenting, and the big outburst.

ALSO READ :- EVERYTHING ABOUT CRYPTOPUNKS